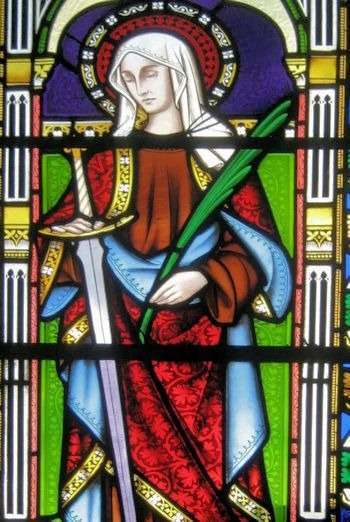 Sacred Jesus, Saint Flora and Saint Mary became friends when both were facing martyrdom.  After they were imprisoned,  they received letters of encouragement from Saint Eulogius, who wrote from the jail where he and other Christians were confined.  The girls pledged to intercede for them after their deaths.  They were beheaded and two weeks later all captive Christians were set free.  I ask them to pray for the release of Christians who today are being held hostage because of their faith.  O Lord, let their lives—and their deaths—be a witness for all the world to see Your glory.  Saints Flora and Mary, pray for us.  Amen.

This prayer was brought to you by
Good News Ministries @ gnm.org
from Terry Modica’s book
Daily Prayers with the Saints
gnm.org/terry-modica-author/daily-prayers-with-the-saints/

Invite your friends to receive these prayers
by email @ gogoodnews.net/daily-prayers-with-saints/
by text message @ https://t.me/DailyPrayersWithSaints